Ken’neka L. Jenkins, 19, was found dead inside a walk-in, double freezer at the Crown Plaza Hotel, in Rosemont, IL, a suburb northwest of Chicago at 12:25 a.m. on September 10, 2017, by a hotel security guard. The teen who had recently been hired by a nursing home was looking forward to a promising future while hanging out with a group of friends for the evening.

Exactly forty days later, on Oct. 20, the Rosemont Public Safety Department closed the case referring to Ken’neka’s death as an “accident” while releasing photos of the death scene that showed her semi-dressed body which appeared bruised in areas.

Though the details surrounding her death only raises more questions, there are some undeniable circumstances that have emerged that may illuminate events that led to the untimely death of yet another one of Chicago’s youth.

During the month of August 2017, the Crown Plaza Hotel was host to Flashback Weekend Chicago Horror Con. The event, which ran from August 4-6, was marketed as “Chicago’s largest and longest running Horror Convention known for our major celebrity guests, innovative programming, and spectacular evening events. We are a horror convention with a deeper initiative – our philanthropic efforts are dedicated to the preservation of the American Drive-In and 35mm film preservation,” according to their website. See here.

The website boasts the attendance of some of the genre’s most famous actors, celebrities and producers, including: Robert Englund (Nightmare on Elm Street), Sean Patrick Flannery (Saw 3D), Ken Foree (Dawn of the Dead), and Katherine Isabelle (Freddie v. Jason), to name a few.

What are escape rooms you might ask? According to Sinister Visions Inc., one of the conference’s sponsors, they markets their escape-the-room game on their website as an immersive experience. “Strangers are locked in a room and given 60 minutes to solve a series of puzzles, unravel riddles, find a key and escape, all before time runs out.” According to Escape Room producers, the end goal is to: “offer story-driven puzzles that teach you about the world, the people in the room with you, and yourself.”

More details can be found here.

As reactions to Ken’neka Jenkins’ death surfaced on social media, video after video was posted and people around the country poured over and commented on what might have occurred, turning Jenkins’s death into something akin to an escape-the-room experience. The only difference between the fantasy adventure the month before and what unfolded at the Crown Plaza Hotel is the reality of the situation: Kenneka Jenkins would end up paying with her own young life. 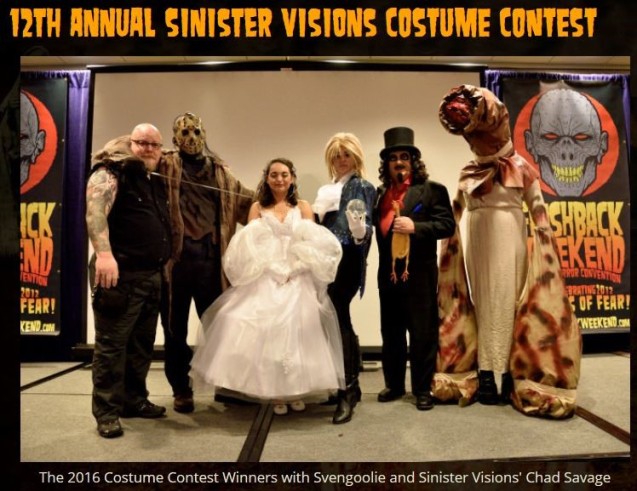 On Saturday, September 9, at 1:30 a.m. Ken’neka sent her sister the last text message before her disappearance. By 4 a.m. her best friend phoned Ken’neka’s mother to report that she was missing. At 5 a.m. her family was at the hotel questioning the staff, according to local news reports. The family alleges that the hotel staff initially wasn’t helpful because they didn’t have a missing person’s report and this caused a delay in conducting a search, according to her mother, Teresa Martin.

A search that began on Saturday afternoon yielded the discovery of Ken’neka’s body around 12:25 a.m. Sunday morning, by hotel security, in a walk-in, double freezer in an area allegedly under construction. According to the Chicago Tribune, her mother was not allowed to see the body until nearly four hours later, around 5 a.m. Sunday morning. All of this, culminating on the eve of the sixteenth anniversary of the 9/11 terror attacks in New York City, another grim event that some 9/11 Truthers have been referring to for years as a “human sacrifice”.

One thing that stands out about the odd timing of Ken’neka Jenkins death is the eerie foreshadowing that appears in a photo posted all over social media. The picture depicts Ken’neka posing with a friend in front of a doorway. At the top of the doorway the address reads 351-353–put another way, she’s standing in a doorway that reads 9/11 when translated into English Numerology.

Some 9/11 Truthers believe that the Twin Tower attacks had been foreshadowed in lots of major Hollywood movies, commercials, videos and even on the back of the U.S. currency for years, prior to the actual event. This theory suggests the use of a process called “predictive programming,” whereby the mind is prepped to accept something it normally wouldn’t by repeated exposure prior to the event. There are many YouTube videos that address this issue; one can be seen here.

The 9/11 symbolism surfaces again during Ken’neka’s mother’s call to the Rosemont Public Safety Department. In YouTuber HMi Radio’s video which replays the 911 call, at 4:03 minutes into the video, her mother states that she ran into a young woman in the lobby of the hotel who asked if she wanted to go upstairs. The young woman took Ms. Martin to the 11th floor and led her into a room where her daughter had been seen earlier. This confirms that two floors on which there was reported activities related to Jenkins’ death were the 9th and 11th floors. Click here to view the video.

Whether you believe in the causal relationship between events and numbers, or not, there’s ample evidence to support the notion of these numbers often being associated with tragedy and death, which gives cause to wonder about their relationship to the death of this young woman.

If the aforementioned doesn’t cause you to further question the events that took place at the Crown Plaza Hotel, then perhaps the mystery surrounding Room 926 will. During a Facebook live streaming video posted on the night Ken’neka went missing, a young lady can be heard telling someone on the phone to park the car in the hotel’s parking lot and come up to Room 926. When reduced by numerological principles, 926 equals the prime number 17. The number 17  is one of the most feared numbers in Italian culture dating back to ancient Rome. And the fear of the number 17 is referred to as Heptadecaphobia.

In fact, when I lived and traveled throughout the Italian countryside, no one wanted to talk about the number 17 due to its association with bad luck, and oftentimes, death. As ridingthebeast.com explains, 17 is an: “Ominous number for Italians, as the number 13 in Occident. Thus, in Italy, there is no bedroom 17, no 17th floor, etc., this because of the number 17 that in Roman number is written XVII, considered as the anagram and the numerical value of the Latin expression VIXI that means “I lived” therefore by extension “I am dead.” Click here.

This number might not appear to be all that significant in Ken’neka’s story upon first glance; however, when observing the bigger picture, Ken’neka Jenkins is not alone. For Jenkins sits in the company of Trayvon Martin, Freddie Gray, Sandra Bland and even Laquan McDonald, who all died with this number appearing in their narratives, just to name a few.

See the appearance of this particular number in the tragic stories of Martin, Gray, Bland, and McDonald in the following quotes followed by links to the full stories:

Trayvon Martin, New York Times 4/1/2012: “Once again, thousands chanted the name of Trayvon Martin 17, the youth killed with one bullet while returning to a home in a gated community where he was a guest.” Read the full story here.

Freddie Gray, CNN 4/23/2015: “An officer says we’ve got one and confirms the address of 1700 Presbury, where Gray gave up without the use of force, according to Rodriguez. One officer took out his stun gun but did not deploy it, he said.” Read the full story here.

Laquan McDonald, Fox News 6/28/2017: “Jason Van Dyke answered questions about the night of Oct. 20, 2014, when he fired 16 shots at the 17-year-old boy, The Chicago Sun-Times reported. The officer claimed McDonald, who had a small knife with its blade folded, posed as a threat to his life, prompting the shooting.” Read the full story here.

In conclusion, the thread that ties all the considerations mentioned here can be summarized in a few resounding questions: With numbers being a universal language: What is the underlying message or messages being communicated? By whom, to whom and for what reason(s)? Or, could it all be just a coincidence?

For more reading on the subject of obscured underlying patters, see the article I wrote on the transitioning of three highly admired celebrities in the Chicago Defender. Read the story here.

Stay tuned and have an observant day.

This is a personal blog for the above named writer. The views, information and/or opinions expressed are solely those of the individual writer and do not necessarily represent the views of any entity, organization or company that I may have been affiliated with in the past, present or future.

This blog is for education, information and entertainment purposes. All information is provided on an as-is basis. It is the reader’s responsibility to verify their own facts. Assumptions made in the analysis are not reflective of any entity other than the author(s) and due to critical thinking these views are subject to change and revision.

News wrote with you in mind